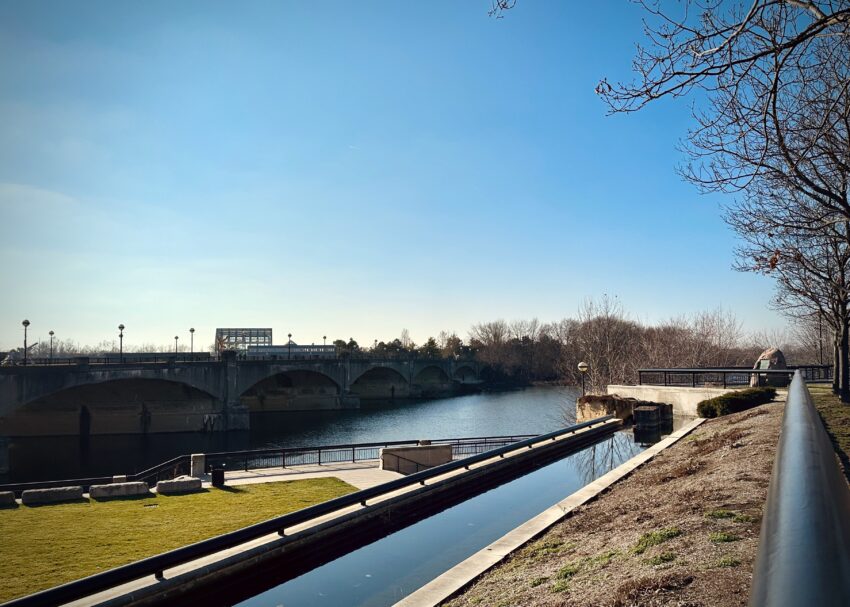 This past Saturday, I went with my buddy to play Pokémon Go down at White River State Park. We walked around the Canal Walk and park a bit. Although it was beautiful day, the temperatures were cold, but it sure felt good to be in the sun. Fortunately, I did manage to grab a few good shots that I’d like to share.

If you’re a local here who plays Pokémon Go, the Canal Walk and White River State Park are often where lots of folks like to play during community events, including those sponsored by Niantic (the folks who make the game).

In the 1980s when the current Indianapolis Zoo was being constructed, Washington Street was moved south. The old bridge, as photographed above, still remains. It connects the eastern side of White River State Park with the Indianapolis Zoo and the White River Trail, and is for pedestrians only (although I have seen park rangers driver their cars on it sometimes).

Saturday was one of those days that doesn’t come often in the middle of January. It was nice enough that people wanted to come out and be in the sun, but cold enough that you still needed to wear a heavy coat, hat, gloves, and everything else one requires during winter in Indiana.

Even though my fingers were pretty cold most of the time, I still managed to catch them all.